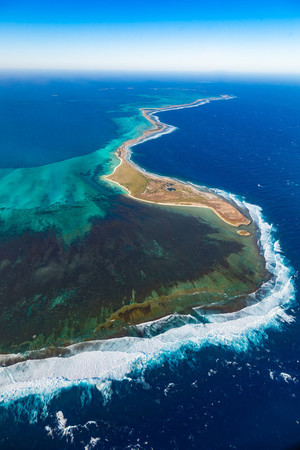 The remote Abrolhos Islands and associated reefs lie in the Indian Ocean around 80 kilometres off the coast of Geraldton, Western Australia. It is one of the world's most important seabird breeding sites, and is the centre of Western Australia's largest single-species fishery, the western rock lobster fishery. A small seasonal population of fishermen live on the island, and a limited number of tourists are permitted for day trips, but most of the land area is off limits as conservation habitat. The islands were declared a national park by the Western Australian government in July 2019. [Source: Wikipedia]

Free to use after announcement of certification on 21 November 2019.

Abrolhos Octopus are a license holder within the WA Octopus Fishery. These images can be used to illustrate MSC certified octopus in general, and by CoC certified businesses sourcing from Abrolhos Octopus (Western Australian Octopus Pty Ltd, MSC-C-57853).

A separate photo set is available for Fremantle Octopus, the largest license holder in the fishery. Those must be used by CoC certified businesses sourcing from Fremantle Octopus (MSC-C-57898).

More variations of the photos in this set are available, please contact the Oceania communications team with requests.